Up until 1974, there was a train that ran from Daylesford to Woodend.
In the days of wood logging and farming there was a need for the railway.
In latter years, the area became prolific with potato farming and the railway took produce to Melbourne. 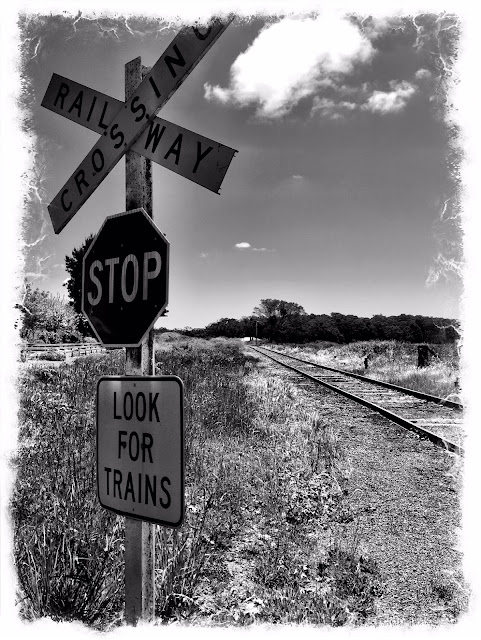 The stations from Daylesford include Musk, Bullarto, Lyonville and then Trentham before travelling on to Fernhill and Carlesrhue. A tourist train still runs from Daylesford to Bullarto.
From there a walking track takes the same route as the old railway to Trentham.
Although signs of the track from Trentham to Carlesrhue can still be seen, particularly an old trestle bridge, it is not walkable as the farms along the way lease the land. 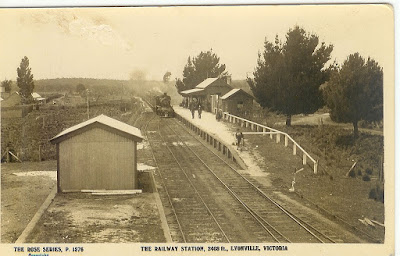 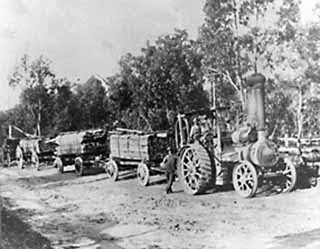 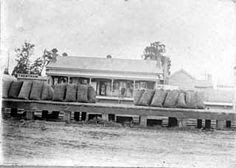 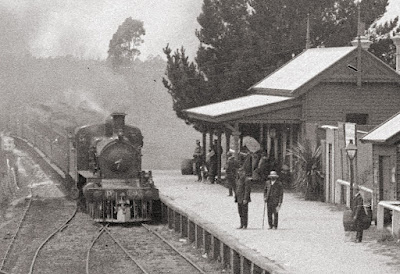 Now the Arbour is completed, we've moved on to TILING the Alfresco area. Its about 27 squ metres under roof so it will take some time. I started yesterday but need to complete before our son's 30th birthday party here in Trentham.

We selected a 30 x 60 cm not skid tile that has a mixture of the two grey shades on the exterior walls of the house. We think they blend well!

Email ThisBlogThis!Share to TwitterShare to FacebookShare to Pinterest
Labels: Our House

There's a Saga to the Arbour.
Firstly Sue decided on this dark charcoal colour but then was influenced to change her mind to a mid grey that matched the mid grey on the house rendering. As I was drawing to the end, painting the mid grey, she decided her first choice was the better.

I have now repainted the arbour in the original "Caviar Black" and I have to agree that it now bounces as a real feature in the back yard. Either side of the arbour we will install strands of wire cord to train fruit trees in the espalier method. Climbing up the Arbour will be white roses.

However my next job is to start tiling the Alfresco over January. This has to be done before our son's 30th birthday party here in Trentham.

We decided to add a feature about to the rear of the property. We already purchased the climbing roses that will hopefully add that final touch. We always had in mind to build an arbour and with the possibility of an impending wedding on the property at Trentham, it may just be the perfect structure to exchange vows under......If not - it will still add some further interest to our home.

I'm still learning much about the history of our small village of Trentham. You learn much much talking to the long term locals but also from the internet. I've been trawling TROVE which are the Australian Newspaper archive. Trentham had a somewhat sporting history, much of which has disappeared with time.

Trentham had a racecourse where horse racing was conducted but this ceased sometime in the mid-1900s. Being a cycling enthusiast, I discovered that Trentham had its own bike track with an annual sporting event with bike racing, running events and wood chopping competition.

I found this newspaper clipping of a sports meeting that was held at the Trentham Falls sports arena of which I can not find any signs of its existence. The town these days has football, cricket and netball facilities and currently these are undergoing improvements. 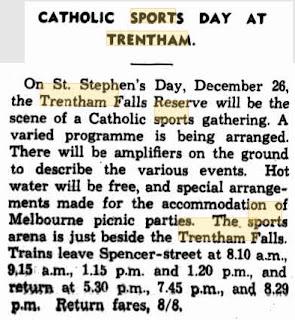 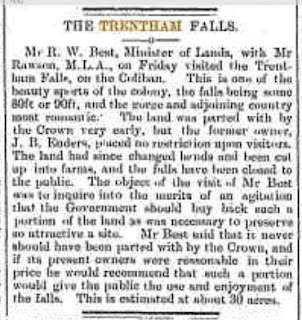 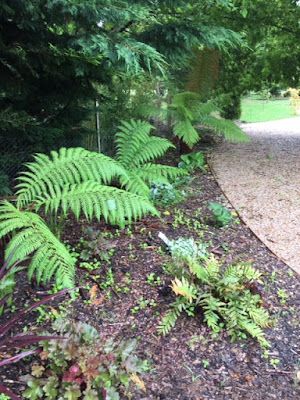 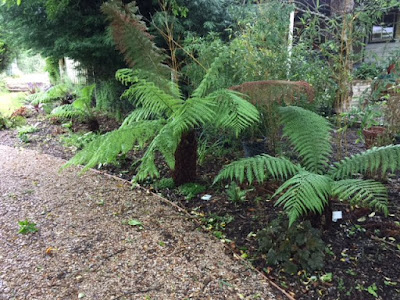 Its been a very satisfying time establishing both the inside and outside of our new home in Trentham. We've warmed to the locals, made friends with the local business owners and slotted in very nicely thank you.

Our Trentham house is not far from our first anniversary since we moved in just prior to Christmas last year. Since then we have laid top soil, planted grass seed, built a shed and established several gardens. Over that time we've had several loads go gravel delivered to form paths and driveways.
Add to that a trip to Belgium, Amsterdam and France which included Sue's accident while overseas with 12 weeks of recovery after our return and I would have to say we've done OK in one year.

We have two projects that should bring us to the pointy end of work load. The drawing below is the arbour we have commissioned to be built prior to Christmas. Sue hopes to grow climbing roses over the trellis giving a nice soft feel. (watch this space)
The other project is the tiling of the L-shaped al fresco and front outside entrance. Once we finish these two projects, I might just relax for awhile and smell the roses.
The other project mentioned, tiling the Alfresco, starts in two weeks (or after Christmas). We have purchased the tiles which are 300 x 600 and have a non-slip surface. The colours match the house perfectly with variations grey tones. I'll lay them in a brick pattern. 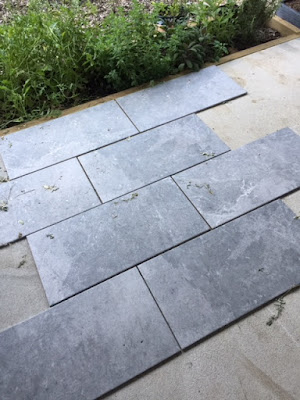 The following photos are just a bit of a recap of the last twelve months.