A Walk in the City

It's a long weekend here in Melbourne. Why? Well you might well ask, the answer confuses me!
We celebrate the second weekend in June for the Queen's Birthday. Most of you would realise that it's not really Lizzie's birthday, that's passed. I really don't have an explanation as to why we celebrate on this particular weekend. It is the opening of the ski season so maybe we just need a long weekend to get to the Alps. Not much snow at this time of the year really but it does give those Skiing folk a chance to play merry I guess. 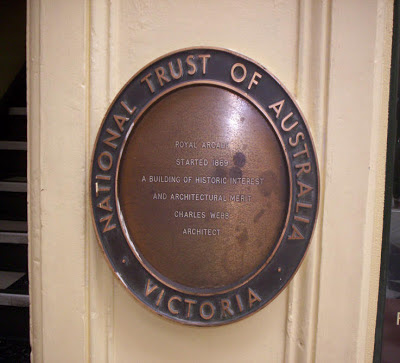 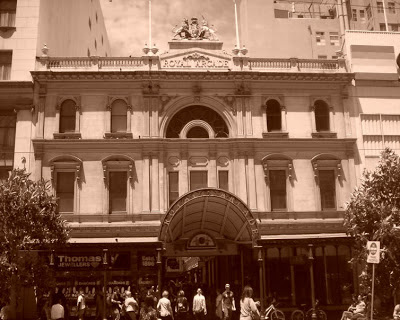 As for Sue and I, well the bathroom renovation saga slowly grinds along but we thought we might just pop in to the Melbourne CBD. As you know, we call the blog - "Melbourne - Our Home by the Bay", but really, we are around 20 kms out of the city proper. We hardly go to town and although it has much to offer, we realised today that we are not big city people. Our retirement dream of Launceston on the apple isle of Tasmania is looking a little more promising after today. 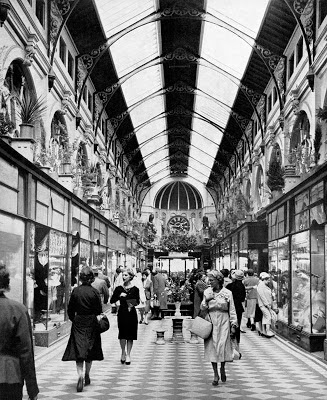 I said to Sue that I would like to wander down the historic arcades of Melbourne. Royal and Block arcades take you from Bourke Street to Collins Street and you can continue down the laneways to Flinders Street and the Yarra River.

We parked the car at the top end near Bourke Street and then entered the Royal arcade from Elizabeth Street. The Royal Arcade was built in 1869. It has a high glass roof and the most magical shops. Towards one end of the arcade it has the mythical figures of Gog and Magog and between the two is a huge clock the charms on the hour. 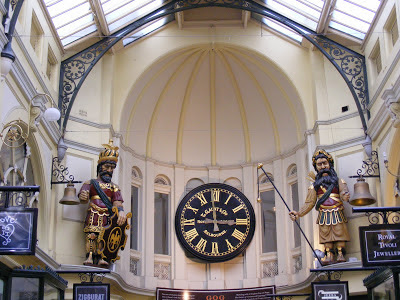 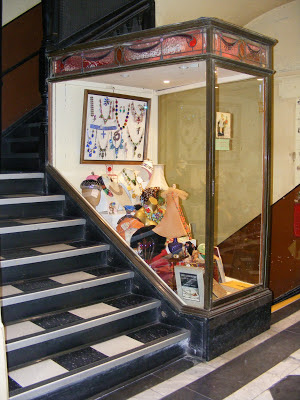 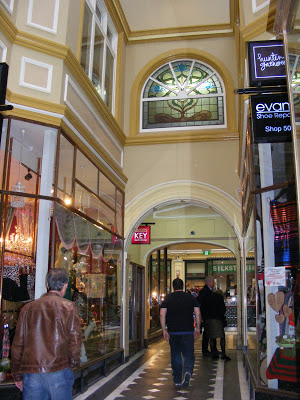 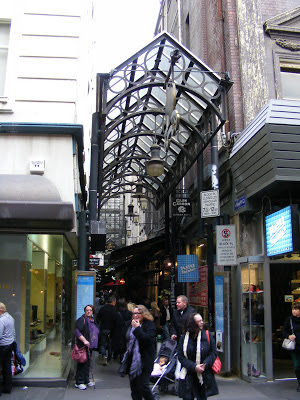 As you walk through Royal Arcade you pass by the mythical figures above and into Collins Street. Across the road is the Block Arcade. To the right just happen to be a red Ferrari parked outside (where else but) Tiffany and Co. Obviously on on our budget it was but at least worth a peruse. Block Arcade has this black and white mosaic floor and above a glass and wrought iron canopy. It reminds us of the covered arcades of Paris. In fact further up Collins Street is known as the Paris end of Melbourne. 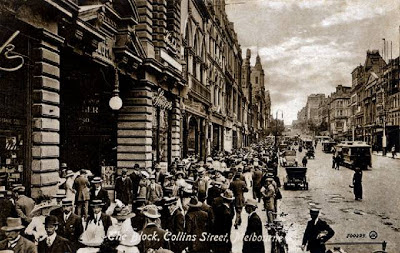 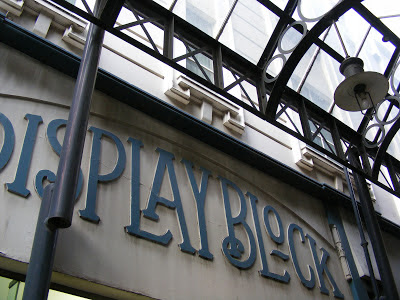 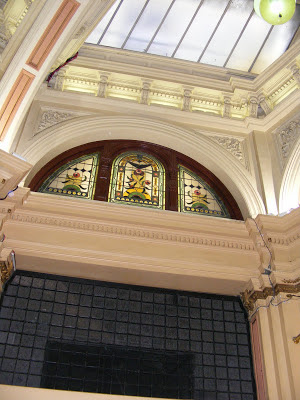 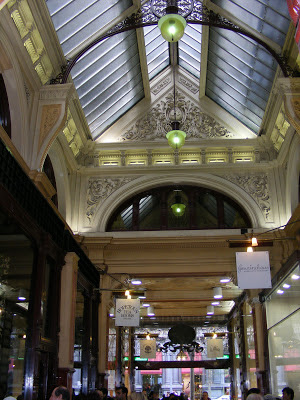 Block Arcade I believe gained its name by the fact that early Melburnians would promenade around the block in the late 1800s, early 1900s. A little further on as you walk towards the Yarra and Flinders Street it becomes a much more bohemian with little coffee shops and some very creative graffiti.

Don't get us wrong, we love Melbourne, but today told us that a change is in the wings. Melbourne is a great city for the young but for us - we need a tree/sea change. After escaping the big smoke, we drove down to Middle Park, a suburb of Melbourne not far from the bay. There's a special little wine bar there that I've taken Sue to on various occasions. A very nice New Zealand Sauvignon Blanc awaited us and I purchased a Tassie Pinot Noir to go with the chicken dish she had in mind for Sunday night's meal.

A Sunday night movie and off to bed - YES, tomorrow is a holiday day....

Love to get feedback so no reason to be shy - have your say.